In this season of Passover, as I have sought the Lord over the past week or so, I keep seeing a scene. I keep seeing the Lord giving the children of Israel instructions through Moses on to how to keep safe from the plague of death that was coming to kill the firstborn throughout Egypt. He told them this in Exodus 12:

“And the blood shall be to you for a token upon the houses where ye are: and when I see the blood, I will pass over you, and the plague shall not be upon you to destroy you, when I smite the land of Egypt. And this day shall be unto you for a memorial; and ye shall keep it a feast to the Lord throughout your generations; ye shall keep it a feast by an ordinance forever.” (Exodus 12:13-14)

They were to go into their houses by the command of God through their leader Moses, and they were to prepare the Passover lamb, which we now know was the place holder of that which was to come – Jesus Christ, and Him becoming their Passover Lamb once and for all. There was a blueprint as to how they were to do this, and it was to be kept to the letter in order that this plague-to-come would not kill their first born along with the firstborn of Egypt. God had a plan to keep them, but it was going to take their obedience to do it exactly as Moses told them. Not only would the person that put the blood on their doorposts be saved from the plague, but the whole family would be saved! (Photo via Pixabay)

Like a picture running before my eyes, God has been showing me similarities all week long of this time we are in, and in the time of the first Passover. Our leaders, who the Bible says are ordained by God, have asked us to stay inside of our houses and separate ourselves, and God has given us leaders for a purpose; in fact, it tells us here in Romans 13:1-4:

“Let every soul be subject to the governing authorities. For there is no authority except from God, and the authorities that exist are appointed by God. Therefore whoever resists the authority resists the ordinance of God, and those who resist will bring judgment on themselves. For rulers are not a terror to good works, but to evil. Do you want to be unafraid of the authority? Do what is good, and you will have praise from the same. For he is God’s minister to you for good…”

Now, in this season of this virus which has come to steal, kill and destroy, it is time again to listen to our leaders and listen to God. God has been showing many prophets and prophetic voices that we must listen to those who God has ordained as five-fold ministers, and yes, even our president.
Let’s listen closely to the Holy Spirit and APPLY THE BLOOD. The Blood of Jesus is best understood as we take communion; and as we take communion, may we begin to do it in remembrance of what He did for us as our Passover Lamb. He was the Lamb that was slain from the foundation of the world! God the Father foresaw that man could not keep the law, so He provided a sacrifice in His Son Jesus and now He is our Passover Lamb!

God began to say to me, “Over this Passover season and this time where it seems that the plague will become worse, where they are saying that it will come and take many lives, IT IS TIME TO TAKE THIS TIME IN YOUR HOUSES, AND WITH YOUR FAMILIES, TO REMEMBER THE BLOOD. Remember the Blood of the Lamb who took away the curse, the plague, and all that the enemy has planned. Take communion with your families. Get to know them again. Let peace reign in your homes and love again. Get to know who Jesus is again and get to know Him through the communion. Do it daily, apply it to your doorposts, and soon you will see this plague pass over you.

“Then you will come out in this season and you will gather the spoils of the wicked, for I am going to bring the wealth of the wicked into your hands! Watch what I am about to do because as you do this and obey, you will be well on your way to the Promised Land!”

There are many promises that God is about to fulfill for the Body of Christ that have not yet happened. Through this time, I believe that just as God brought Israel out of that land of Egypt, as He had promised Joseph, He is going to bring the true Church out of the bondage called religion! I heard Him say, “I am switching things up during this time for your good! Get ready!”

Can Christians Get Sick Taking Communion? 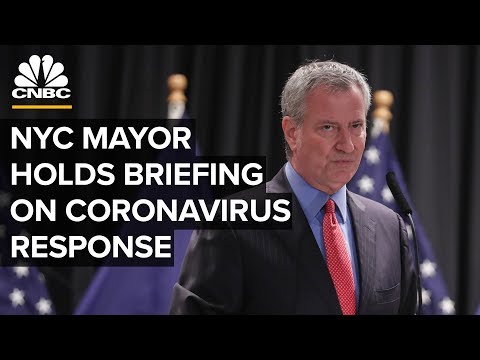