TAMPA, Fla. — Florida prosperity preacher Rodney Howard-Browne, known for the “Holy Laughter Movement” out of which he referred to himself as the “Holy Ghost bartender,” was arrested on Monday for holding two services with up to 500 people on Sunday despite a county coronavirus order limiting gatherings to 10 people.

According to reports, Hillsborough County State Attorney Andrew Warren and Hillsborough County Sheriff Chad Chronister said that they had spoken to leadership of The River at Tampa Bay Church about the continued meetings, expressing social distancing concerns, but the Howard-Browne held services anyway.

“Because of the reckless disregard of public safety and after repeated requests and warnings, I worked with our state attorney, Andrew Warren, to obtain a warrant for unlawful assembly and violation of public health emergency rules, both of which are second degree misdemeanors,” Chronister said during a press conference, according to the Tampa Bay Times.

“Our goal here is not to stop anyone from worshiping,” he added, “but the safety and well-being of our community must always come first.”

Howard-Browne defended the gathering on Sunday, stating that those in attendance had come of their own free will.

“Last time I checked, bottle stores are still open in Tampa. … Medicinal weed places are open last time I checked. I believe there are abortion clinics open in some areas,” he also said. “Who’s been to a store this week? Didn’t you see how many people are in there?”

“So, people say, ‘They’re going to come to your church and die.’ Well, listen. I can’t control what people do six and a half days of the week. How do you know where they got the virus? [What if it was] the last shopping cart you held?” Howard-Browne asserted.

He said that he was following Scripture’s command not to forsake the assembly (Hebrews 10:25).

But Chronister, who was visibly upset on Monday, said that Howard-Browne’s “reckless disregard for human life put hundreds of people in his congregation at risk and thousands of residents who may interact with them this week in danger.”

“I’d remind the good pastor of Mark 12:31, which said there’s no more important commandment than to love thy neighbor as thyself,” Warren also stated. “Loving your neighbors is protecting them, not jeopardizing their health by exposing them to this deadly virus.”

On March 15, Howard-Browne asked his congregation to greet those around them, while also noting that it was a no-no.

However, his attorneys argue that The River at Tampa Bay Church took “extra precautions” on Sunday, ensuring that each person who came through the door used hand sanitizer while staff used gloves, and families were distanced feet apart from each other in the auditorium and elsewhere.

An administrative order issued by Hillsborough County on March 20, which specifically references religious gatherings, states, “All public or private gatherings, including community, civic, public leisure, faith-based events, sporting events, concerts and any similar events that bring together more than 10 people in a single room, single space, or any other venue, at the same time are prohibited.”

A “Safer at Home” order issued by the county on Friday also instructs that “all residents are directed to stay at home as much as possible twenty-four hours a day, seven days a week,” but “[r]esidents are permitted the unlimited ability to get necessary food, medicine and essentials. Residents are also permitted to recreate and enjoy the outdoors at any time as long as social distancing is observed along with the other recommended sanitary requirement.”

Howard-Browne was charged on Monday with unlawful assembly and violating quarantine orders during a public health emergency. He was released after paying $500 bail.

As previously reported, Howard-Browne is known for the “Holy Laughter Movement” of the 1990s, made most prominent during the stated Lakeland Revival and Toronto Blessing. Rooms full of people broke out in uncontrollable hysterical laughter, some lying on the floor, which was asserted to have come from the joy of the Holy Spirit.

A video posted to Howard-Browne’s YouTube channel last year shows a young man, who was brought to the front of the room, unable to speak without breaking into laughter. Howard-Browne soon taps him in the chest with his microphone and he gently falls to the floor.

Howard-Browne also preaches financial prosperity, having his congregation repeat after him in a 2017 sermon, “Riches are a blessing. Poverty is a curse.”

“There’s an anointing to create wealth,” he claimed. 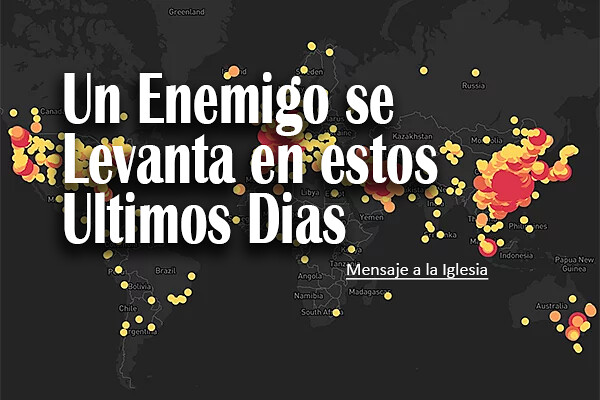